Brown and Green – the Colors of Land Development 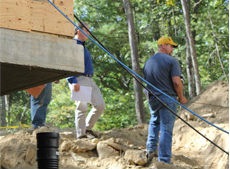 There is a conundrum that exists between the rights of a land owner and the regulations put in place to protect the environment. English common law is the basis of our entire legal system. Common law protects the rights of the land owner. This time honored philosophy has long since been replaced with a myriad of regulations.

Zoning regulations which typically limits the use of a building as well as its size and location have been around for many years. They are intended to keep similar land uses together and protect property values. Naturally, who wants to spend a fortune for a single family house only to find your next door neighbor is repairing heavy equipment in the back yard.

In 1960’s, the Massachusetts legislature passed several laws, including the Jones Act and the Hatch Act. These led to the Wetland’s Protection Act (MGL Chapter 131, Section 40) and the accompanying Regulations (310 CMR 10.00) promulgated in the early 1980’s. When first enacted the regulations were fairly basic. Since that time, there have been many advances in the environmental sciences and much has been learned about both the long-term and short term affects of land development on the environment. The regulations have struggled to keep up.

In Massachusetts, other regulations have been enacted including:

Each is intended to protect a specific portion of the environment. However, each impacts the development potential of the land and therefore affects the value of the land. Does this violate English common law?

We should all be concerned with our environment and do our part in saving the earth we live in. It is very sad that polar bears are heading to extinction. Is it due to “global warming”? Probably. Is “global warming” due to man or is it a natural trend of the earth changing? There is no doubt that industrialization is a cause. It is also clear it is not the only cause. What we don’t know for certain is what would have happened to the earth without industrialization. After all, millions of species disappeared without our “help”. It’s called evolution. One thing we do know is the rate of species extinction has increased during the 100,000 years Homo sapiens have inhabited the earth.

None of us alone can save the polar bears, but we can and must do our part. Individually, we can make sure we use compact fluorescent lights, turn them off when not needed, recycle bottles, cans and paper and all the other “little” things. “Green or “Sustainable” land development practices are a must.

“Green” land development sounds like an oxymoron, but in fact, is becoming a normal way of doing business for many developers. Beyond being the right thing to do, it can save money and speed up the regulatory review process. It may reduce the overall development potential of the land and therefore can be viewed by the land owner as a negative thing.

Because environmentally based regulations impact the value of a piece of land regulators who create and enforce the laws must be mindful of those impacts.  They have to remember that the land owner is being asked to do a larger share than most people. 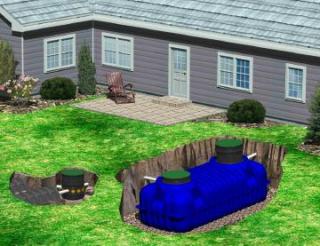